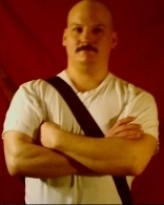 Michael Fairbrother’s obsession with complex musical structures, otherworldly sounds, and intricate melodies has been at the heart of his music since he first picked up a guitar at age ten. He is particularly intrigued by progressive rock music and its various sub-genres, especially the experimental side, which he has used as a basis for his own compositions.

Michael says, “The influence of the progressive rock bands of the seventies has pretty much molded me into the musician I am today. I used to sit for hours a day transcribing albums and dissecting the music of my favorite bands, often using what I discovered in my own material. Over the years my fondness for the progressive rock style and my yearning to become an amalgamation of these musicians only grew deeper.” 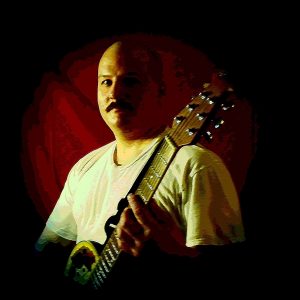 As Michael was growing up he initially had no real inclination towards music at all. What sparked it all was the song, “Eye Of The Tiger” by Survivor from the movie Rocky III. This led Michael to the guitar and he spent most of his free time learning it. Throughout his teens, he remained dedicated to the practice of the instrument, often up to eight hours a day. He says, “My goal was, and still is, complete mastery of the guitar. I wanted to be able to play anything that anyone else could play, as well as whatever music I heard in my head.”

At first, his biggest influences were Survivor, Def Leppard, White Lion, AC/DC, and Led Zeppelin. However, when he was given a huge record collection on vinyl of seventies progressive rock, everything changed. He was enamored with all of the amazing new sounds he was hearing. His new musical inspiration would now come from bands like The Moody Blues, Pink Floyd, Rush, Genesis, Supertramp, Wishbone Ash, Uriah Heep, Yes, and Jethro Tull. “When I wasn’t practicing guitar,” he recalls, “I was listening to these bands. Later on, I discovered experimental music and began incorporating those sounds and textures into what I was doing.”

In his early teens, he decided it was time to join a band. He quickly became friends with any kid in school that was in a rock band. When a guitarist position opened up in a band, he was there. “I knew I was not going to get anywhere just sitting in my bedroom practicing guitar and listening to music all day,” he recalls. “I went out and bought a new guitar, a new amp, and started auditioning for every band that needed a guitarist.”

In and out of several bands throughout high school, Michael was feeling musically unfulfilled. “Basically, I was not playing the type of music I was interested in. I was in a lot of pop-metal bands because that is what was popular at the time. Even though I was getting the experience of playing within the band dynamic, I was not happy with the direction I was going in,” says Michael. “Progressive rock was what I wanted to be doing, however, there were no bands around willing to play that type of music so I decided to go alone for a while.” 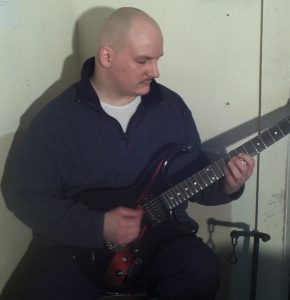 Eventually, Michael did try to put together another band in 1995 called Gateway. Two songs were recorded for the project, “Wings Of The Night” and “Foolin’ Around”. Both songs received a brief period of airplay on local radio and an interest was expressed to sign the band from an independent record label. However, things quickly fell apart due to personnel issues. The group disbanded and Michael began a gradual process of developing a career as a solo artist.

1999 was the year Michael started his own record label, Mystic Fire Records. The reason this came about was to promote his original music. Since then, Michael has continued to explore and experiment within the vast realms of music. 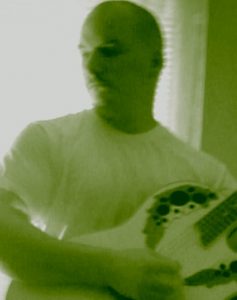 “I have a lot planned, really,” he explains about his future. “I look forward to recording new material and further developing myself as a solo artist. Through it all though, I wish to continually grow as a musician; to be the best that I can be as a composer, guitarist, recording artist, and performer. I am committed to keeping it all going. Once, in my many years of being a musician, I had a fleeting thought of quitting music, but why stop now?”